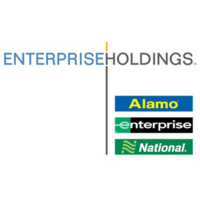 What are the highest paying jobs at Enterprise Holdings?

Enterprise Rent-A-Car was established in St. Louis, Missouri in 1957 by Jack C. Taylor and the company still has its headquarters in the area and remains managed by the Taylor family. Originally known as "Executive Leasing Company," in 1969, Taylor renamed the company "Enterprise" after the aircraft carrier USS Enterprise, on which he served during World War II.

The holding company was formed on August 3, 2009, as a result of Enterprise Rent-A-Car's 2007 acquisition of Vanguard Automotive Group, the former parent company of National and Alamo. The resulting company was 21st on the 2008 Forbes list of "Largest Private Companies in America."

It is one of the three big rental car holding companies in the United States, holding a 33.2% market share, placing it behind the Hertz Corporation and ahead of Avis Budget Group.

Enterprise Holdings Job Search in US and Canada

What jobs can you get with a business degree?
Kattie Thorndyke
How to answer “What’s your desired salary?” (with 8 best responses)
Jessica Li
You have a “great” job offer… now what?
Kayla Duperreault
Ladders / Company / Enterprise Holdings