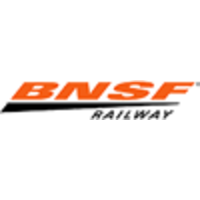 What are the highest paying jobs at BNSF Railway Company?

For administrative purposes, BNSF is divided into two regions and ten operating divisions. The North Region includes the Montana, Northwest, Twin Cities, Heartland and Powder River divisions. The South Region includes the Red River, California, Chicago, Kansas and Southwest divisions. Each division is further divided into subdivisions, which represent segments of track ranging from 300-mile mainlines to 10-mile branch-lines. The former Texas and Gulf divisions were combined into the Red River Division, and the former Springfield and Nebraska divisions were combined into the Heartland Division, in the spring of 2016.

BNSF Railway Company Job Search in US and Canada

Is this the worst job interview question? The internet seems to think so.
CW Headley
These are the 15 highest-paying psychology jobs
Hailey Hudson
6 jobs that prepare you for side hustle success
Kyle Young
Ladders / Company / BNSF Railway Company