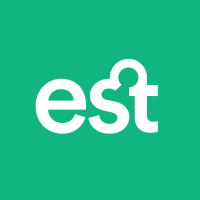 What are the highest paying jobs at Earnest?

Earnest is a technology-enabled fintech lender, headquartered in San Francisco that offers student loan refinancing and private student loans. The company uses software and algorithms to evaluate a person’s full education, employment, and financial profile, looking beyond a traditional credit score in order to obtain a complete financial profile of each applicant. This type of credit is referred to as "merit-based lending."

Earnest was co-founded in 2013 by Louis Beryl, a former partner at Silicon Valley VC firm Andreessen Horowitz, and by Benjamin Hutchinson, who was Head of Commercial Finance at BBC and was a finance executive at the U.K.’s HM Treasury during the banking meltdown. Beryl got the idea for the company when he was attending Harvard to receive his M.B.A. and a degree in Public Policy. He needed a loan and was turned down despite his earning potential, having worked on Wall Street for a few years, and receiving a degree in financial engineering from Princeton University. He learned that traditional banks took a narrow view of loan applications and felt they were too hard and expensive for many Americans.

Earnest received $15M in seed funding from several VC firms, including Andreessen Horowitz, First Round Capital, Maveron, Collaborative Fund, and Atlas Venture in 2014. This funding was a combination of equity and lending capital. The company first launched a personal loan product in Boston, Massachusetts, as a test market, due to the high concentration of young professionals in the area. The company officially launched in March 2014. In 2014, Earnest distributed $8M in loans and by the end of the year had a growth rate of 70%.

Earnest Job Search in US and Canada

Top Jobs at Earnest by City