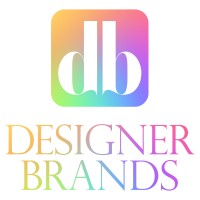 What are the highest paying jobs at DSW Inc?

Designer Brands Inc. is an American company that sells designer and name brand shoes and fashion accessories. It owns the Designer Shoe Warehouse store chain, and operates over 500 stores in the United States and an e-commerce website.

In December 2004, the company was acquired by Retail Ventures, an affiliate. In March 2005, the company experienced massive data theft, including customer data from 1.4 million credit card transactions. In June 2005, the company became a public company via an initial public offering. In April 2008, the company launched its e-commerce website.

DSW Inc Job Search in US and Canada

These are the 15 highest-paying psychology jobs
Hailey Hudson
6 jobs that prepare you for side hustle success
Kyle Young
This is what work will look like in 2030, and it isn’t pretty
Kyle Schnitzer
Ladders / Company / DSW Inc