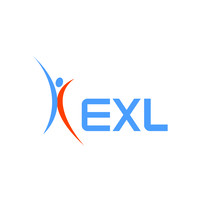 What are the highest paying jobs at ExlService Holdings?

EXL was co-founded in 1999 by Vikram Talwar and Rohit Kapoor.

After formation in 1999, Vikram Talwar served as chief executive officer and vice-chairman. Currently, Rohit Kapoor is serving as the company's CEO and Vice-Chairman. Previously, Kapoor had held the position of president in the company.

In August 2001, Conseco acquired EXL and operated it as a wholly owned subsidiary. In 2002, Oak Hill Capital Partners and FTVentures acquired the company from Conseco. The company's stock started trading on the NASDAQ exchange on October 20, 2006 under the symbol EXLS.

Shortly before EXL's debut on NASDAQ, it started down the path of growth through acquisitions with the purchase of the peer company Inductis. This acquisition was aimed at diversifying the revenue stream for EXL; prior to acquisition, 90% of EXL's revenues were from business process outsourcing, while after, BPO accounted for 70% with the balance in research and analytics and advisory services.

ExlService Holdings Job Search in US and Canada

What jobs can you get with a business degree?
Kattie Thorndyke
How to answer “What’s your desired salary?” (with 8 best responses)
Jessica Li
You have a “great” job offer… now what?
Kayla Duperreault
Ladders / Company / ExlService Holdings