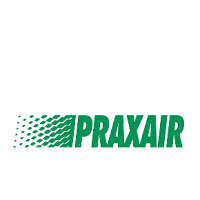 What are the highest paying jobs at Praxair?

The company was founded by Carl von Linde as Linde Air Products Company in 1907. During the First World War, however, it was confiscated and in 1917, it joined with 4 other chemical companies under the name Union Carbide and Carbon Corporation, while maintaining a separate identity. Its degree of independence waxed and waned over the years, and in 1992, it was spun off as a subsidiary, Union Carbide Industrial Gases Inc., and renamed to Praxair when it became a formally independent company three years later. The name is derived from a combination of the Greek word "praxis", or practical application, and "air", the company's primary raw material.

In August 2016 it was publicly announced that the American Praxair was in official negotiations to merge with the German Linde Group, which would form the world's largest gas supplier. The following month in September negotiations were halted and suspended indefinitely. By mid December 2016 Praxair had resumed negotiations with Linde for a potential merger. In late December 2016 an official announcement was made that Praxair had reached an agreement to merge with Linde in a deal valued at $35 billion with an overall merger value of $65 billion. In April, 2017 Linde again rejected a request, from German private-investor association DSW, for a shareholder vote at its annual general meeting in May. Nonetheless in May 2017, both companies reached a deal, in principle, for an all-share merger of equals valued at $75 billion, to form a new holding company. In early June 2017, both companies agreed to the merger. US regulatory approval was obtained in October 2018, after which the financial transaction was completed. As part of this merger, Praxair's European business was sold to Taiyo Nippon Sanso and rebranded Nippon Gases Europe.

Praxair Job Search in US and Canada

Top Jobs at Praxair by City

View All East Chicago, IN Jobs