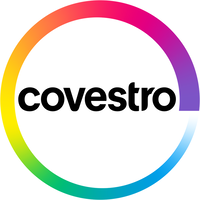 What are the highest paying jobs at Covestro Deutschland AG?

Covestro shares were first offered on the Frankfurt Stock Exchange in October 2015. Bayer sold its entire remaining stake in May 2018, Bayer's pension fund had a 6.8% stake managed separately.

The main industries served are automotive manufacturing and supply, electrical engineering and electronics, construction and home products, and sports and leisure. Their products include coatings and adhesives, polyurethanes that are used in thermal insulation, electrical housings, and as a component of footwear and mattresses, and polycarbonates such as Covestro's Makrolon, which are highly impact-resistant plastics. Covestro polyurethane was used in the 2014 official FIFA World Cup football. Before 2019, Covestro enjoyed rapid earnings growth following supply shortages of chemicals used in foams.

Covestro Deutschland AG Job Search in US and Canada

These are the 15 highest-paying psychology jobs
Hailey Hudson
6 jobs that prepare you for side hustle success
Kyle Young
This is what work will look like in 2030, and it isn’t pretty
Kyle Schnitzer
Ladders / Company / Covestro Deutschland AG