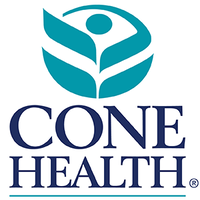 What are the highest paying jobs at Cone Health?

The Moses H. Cone Memorial Hospital, the flagship of the system, opened in 1953 on 63 acres near downtown Greensboro. Bertha Cone established it in honor of her husband, Moses H. Cone. Moses Cone was a textile magnate and founder of Cone Mills.

Cone Health is active in cardiology, neuroscience, oncology, rehabilitation and obstetrics. In January 2005, the health system became the first five-hospital system in the Southeast to be awarded the Magnet Recognition for Nursing Excellence, a grade of approval for quality nursing care.

In 2014, The Cone Health, listed as The Moses H. Cone Memorial Hospital, was ranked as one of the best hospitals for 2014–15 in North Carolina by U.S. News & World Report.

Cone Health Job Search in US and Canada