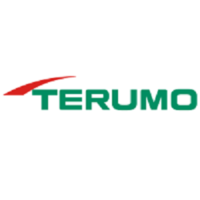 What are the highest paying jobs at Terumo Medical Corporation?

Terumo Corporation is founded in 1921 as Sekisen Ken-onki Corporation by a group of medical scientists led by Dr. Kitasato Shibasabur? to produce medical thermometers in Japan.

The company's first product was "Jintan Taionkei", the first Japanese-made thermometer available for sale, and it has since expanded into a medical devices manufacturer, producing medical disposables, cardiovascular systems and diabetes care products.

In 1971, Terumo opened its first overseas office in the United States. Since then, the company has established subsidiaries in Europe, South America, China, India, Philippines, Vietnam, Thailand and Australia. The company later expanded its product range to include coronary stents and catheters, and acquired, among others, the cardiovascular specialty companies Vascutek and Microvention in 2002 and 2006 respectively.

...with Terumo Medical Corporation and 1000s of other companies paying $100K+

Terumo Medical Corporation Job Search in US and Canada