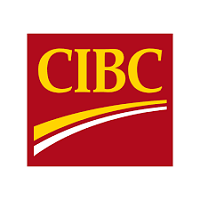 What are the highest paying jobs at CIBC?

The bank has four strategic business units: Canadian Personal and Small Business Banking, Canadian Commercial Banking and Wealth Management, U.S. Commercial Banking and Wealth Management, and Capital Markets. It has international operations in the United States, the Caribbean, Asia, and United Kingdom; Globally. CIBC serves more than eleven million clients, and has over 40,000 employees. The company ranks at number 172 on the Forbes Global 2000 listing.

CIBC Job Search in US and Canada

Top Jobs at CIBC by City

Have you been the victim of 1 of these 7 cases of wrongful termination?
AnnaMarie Houlis
The job market is looking shockingly good for the Class of 2021
CW Headley
These are the 50 best companies in the world to work for right now
Kyle Schnitzer
Ladders / Company / CIBC