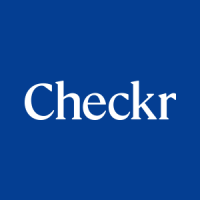 What are the highest paying jobs at Checkr?

Checker made the iconic American taxi cab, valued by taxicab companies for its durability in heavy use. Special features included wide rear doors, large rear seats and trunks. The company had trouble competing with fleet discounts offered by the larger manufacturers, as well as economies of scale in procuring components. The final models were produced in 1982. After 1982, Checker invested significantly in the third party manufacturing business, serving GM and Chrysler.

On January 16, 2009, the company filed for Chapter 11 protection in U.S. Bankruptcy Court.

Checkr Job Search in US and Canada

Top Jobs at Checkr by City

You have a “great” job offer… now what?
Kayla Duperreault
Do personality tests make it harder to hire the right person?
Sara London
19 examples of STAR interview questions (plus how to answer them using STAR method)
Jennifer Fabiano
Ladders / Company / Checkr