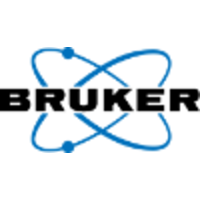 What are the highest paying jobs at Bruker?

Bruker Corporation is an American manufacturer of scientific instruments for molecular and materials research, as well as for industrial and applied analysis. It is headquartered in Billerica, Massachusetts and is the publicly traded parent company of Bruker Scientific Instruments and Bruker Energy & Supercon Technologies divisions.

Bruker Job Search in US and Canada

Top Jobs at Bruker by City

America falls way short, adds fewer jobs than expected in April
Kyle Schnitzer
Everything you need to know about becoming a dermatologist
Ashley Jones
These US cities will pay up to $20,000 for you to relocate—but there’s always a catch
Benjamin Lorber
Ladders / Company / Bruker