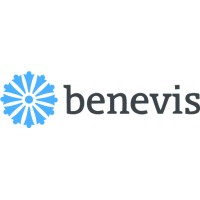 What are the highest paying jobs at Benevis?

Ben Nevis is the highest mountain in the British Isles, situated in Inverness-shire in the Highlands of Scotland. The summit is 1,345 metres above sea level. Ben Nevis stands at the western end of the Grampian Mountains in the region of Lochaber, close to the town of Fort William. The summit is the highest land in any direction for 459 miles.

The mountain is a popular destination, attracting an estimated 100,000 ascents a year, around three-quarters of which use the Pony Track from Glen Nevis.

The 700-metre cliffs of the north face are among the highest in Scotland, providing classic scrambles and rock climbs of all difficulties for climbers and mountaineers. They are also the principal locations in Scotland for ice climbing.

The summit, which is the collapsed dome of an ancient volcano, features the ruins of an observatory which was continuously staffed between 1883 and 1904. The meteorological data collected during this period are still important for understanding Scottish mountain weather. C. T. R. Wilson was inspired to invent the cloud chamber after a period spent working at the observatory.

Benevis Job Search in US and Canada

Top Jobs at Benevis by City

Get paid to dream at work: This company will pay you to nap
Sara London
The average salary of a Chipotle general manager is $100K — and they’re hiring
Kyle Schnitzer
Amazon is now hiring 75K workers — and offering some $1K bonuses
Kyle Schnitzer
Ladders / Company / Benevis