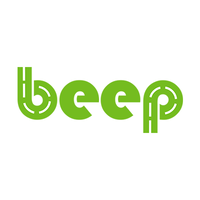 What are the highest paying jobs at Beep?

The Dodge WC series, sometimes nicknamed 'Beeps', were a prolific range of light 4WD and medium 6WD military utility trucks, produced by Dodge / Fargo during World War II. Together with the 1?4-ton jeeps produced by Willys and Ford, the Dodge 1?2?tons and 3?4?tons made up nearly all of the light 4WD trucks supplied to the U.S. military in WWII – with Dodge contributing some 337,500 4WD units.

Contrary to the versatility of the highly standardized jeep, which was mostly achieved through field modification, the Dodge WC?series came in many different, purpose-built, but mechanically uniform variants from the factory, much akin to the later family of High Mobility Multipurpose Wheeled Vehicles. The WC series evolved out of, and was part of a more extended family of trucks, with great mechanical parts commonality, that included open- and closed-cab cargo trucks and weapons carriers, command cars, reconnaissance vehicles, ambulances, carryalls, panel vans, and telephone installation and mobile emergency / field workshop trucks.

The Dodge WC series were essentially built in two generations. From 1940 to early 1942, almost 82,400 of the 1?2?ton 4×4 Dodge trucks were built — initially called the VC series, but the great majority in the WC series, and in more variants. Contrary to what Dodge's nomenclature suggested, the 1941 WC models were a direct evolution of the 1940 VC models, retaining the U.S. Army's G-505 Ordnance Corps Supply Catalog number.

Beep Job Search in US and Canada

Top Jobs at Beep by City

6 jobs that prepare you for side hustle success
Kyle Young
This is what work will look like in 2030, and it isn’t pretty
Kyle Schnitzer
The 7 highest-paying entry-level jobs
Hailey Hudson
Ladders / Company / Beep