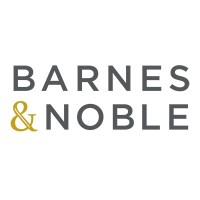 What are the highest paying jobs at Barnes & Noble?

In February 2017, Barnes & Noble Education had acquired MBS Textbook Exchange, a major textbook distributor based in Columbia, Missouri, for $174.2 million in cash.

By December 2018, Barnes & Noble Education had operated or managed 773 campus bookstores under contracts.

In July 2019, Barnes & Noble Education revealed that the company had turned down several offers by California-based Bay Capital Finance to take over the company citing that the offers by Bay Capital were "substantially undervalued BNED, were highly conditional and not credible." Unlike its former parent company, BNED was diversifying its business by the acquisition of many digital services companies to increase the number of services offered by its Digital Student Solutions division during its past four years as an independent company.

Barnes & Noble Job Search in US and Canada

6 jobs that prepare you for side hustle success
Kyle Young
This is what work will look like in 2030, and it isn’t pretty
Kyle Schnitzer
The 7 highest-paying entry-level jobs
Hailey Hudson
Ladders / Company / Barnes & Noble