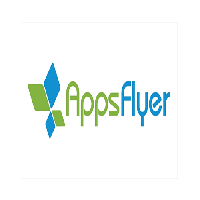 What are the highest paying jobs at AppsFlyer?

AppsFlyer is a privately held company founded in 2011 by Oren Kaniel, its current CEO, and CTO Reshef Mann. AppsFlyer received its first funding from the Microsoft Ventures Accelerator program.

AppsFlyer became a Facebook MMP on 26 December 2012 and a Twitter Official Partner on 30 June 2014. Its platform is now integrated with over 2000 ad networks, including: Yahoo, Google, Bing, iAd, and Criteo.

In January 2015, AppsFlyer announced that it had raised $20 million in Series B funding from Fidelity Growth Partners Europe, which has helped accelerate the company’s growth. Following 2 years of development, AppsFlyer announced on 17 January 2017 that it had raised an additional $56 million in Series C financing, bringing its total funding to $84 million. The round was led by new investors Qumra Capital, as well as Goldman Sachs Private Capital Investing, Deutsche Telekom Capital Partners and Pitango Growth.

In March 2015, AppsFlyer became one of the first members of Fiksu's Preferred Partner Program for Mobile Ad Campaign Measurement.

AppsFlyer Job Search in US and Canada

Top Jobs at AppsFlyer by City