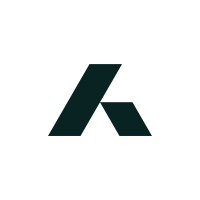 What are the highest paying jobs at Addepar?

In 2004, Joe Lonsdale co-founded Palantir Technologies, a company that builds software to enable the unification of data sets so that intelligence analysts can run queries for surveillance and monitoring, and financial institutions can identify fraud. In 2009, Lonsdale transitioned to an adviser and stopped working full-time at Palantir to launch Addepar.

The company was incorporated as Addepar, Inc. in September 2009. Addepar was co-founded by Palantir co-founder Joe Lonsdale and an ex-employee of Palantir Jason Mirra in 2009. From 2009 through 2012, Addepar grew without a sales and marketing department with clients coming from referrals of early investors in the company.

In 2012, Addepar expanded its target clients to include RIAs. To this focus, RIABiz reported that Addepar in 2012 was "beginning to roll out a sales and marketing force to bring in the big clients." In doing so, Addepar and Advent's Black Diamond were competing for the same RIA customers. In October 2012, Bloomberg Businessweek reported that Joe Lonsdale was running Addepar "attempting to modernize the software that ultra-wealthy families and foundations use to manage their billions." In 2013, Addepar focused on expanding risk analytics and their client portal.

Addepar Job Search in US and Canada

Top Jobs at Addepar by City

These are the 15 highest-paying psychology jobs
Hailey Hudson
6 jobs that prepare you for side hustle success
Kyle Young
This is what work will look like in 2030, and it isn’t pretty
Kyle Schnitzer
Ladders / Company / Addepar