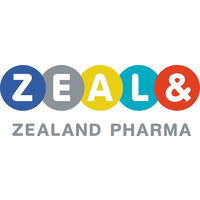 What are the highest paying jobs at Zealand Pharma A/S?

Zealand Pharma A/S is a Danish biotechnology research company, which designs and develops peptide-based medicines, mainly focusing on metabolic diseases like diabetes and obesity. The company's head office is situated in Søborg near Copenhagen, and it has close to 200 employees. In 2018 they opened a subsidiary in the US. Zealand Pharma forms part of the Danish-Swedish life science cluster Medicon Valley.

Zealand Pharma A/S was founded in 1998 by Lars Hellerung Christiansen, Eva Steiness and Dr. Bjarne Due Larsen. As it was founded, it was a biopharmaceutical company focusing on design and development of peptide-based medicines, which would be brought to the market through partnerships with other multinational pharmaceutical companies.

In 2005 Zealand Pharma tried to be listed on the stock exchange, but had to resign for want of interest from investors. In 2010 they finally succeeded in being listed, and the stocks are now traded at the Copenhagen Stock Exchange.

On January 15, 2015, Britt Meelby Jensen acquired the position as CEO from David Solomon, who had led the company during the years 2008-2014. In February 2019, Jensen left her position, and in April 2019, Emmanuel Dulac was chosen and inaugurated as CEO. Dulac has worked both European and American companies within the pharmaceutical industry.

Zealand Pharma A/S Job Search in US and Canada

What jobs can you get with a business degree?
Kattie Thorndyke
How to answer “What’s your desired salary?” (with 8 best responses)
Jessica Li
You have a “great” job offer… now what?
Kayla Duperreault
Ladders / Company / Zealand Pharma A/S