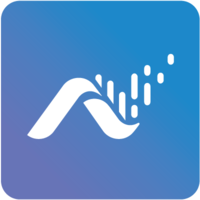 What are the highest paying jobs at Neptune Technologies?

Neptune Computer Inc., commonly known simply as Neptune, is a Canadian privately held consumer electronics and wearable technology company founded in 2013 by Simon Tian in Montreal, Canada, and currently based in Toronto and San Francisco. As of late 2017, the company has raised around $6 million from private investors as well as a total of more than $2 million from crowdfunding sources alone.

Neptune's first product, the Neptune Pine, was first announced in 2013 through a Kickstarter campaign, which proceeded to raise more than $800,000 in 30 days. The device started shipping to backers in August 2014, and eventually became widely available through Best Buy and Amazon, generating around $5 million in total retail sales. The Pine was prominently featured in the 2017 film The Fate of the Furious, the CBS TV series Extant produced by Steven Spielberg and starring Halle Berry, as well as the music video for the song Smartphones by Trey Songz.

Neptune was started by Simon Tian in January 2013. Before even building a prototype or incorporating a company, Tian posted some conceptual drawings of a smartwatch, the Neptune Pine, on a website he built using Weebly, issued a press release though PRWeb announcing the product, and proceeded to receive more than 20,000 orders for the device in a few weeks.

Neptune Technologies Job Search in US and Canada