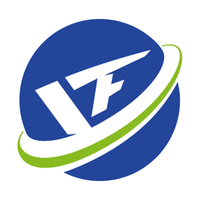 What are the highest paying jobs at Yanfeng Automotive Interiors?

SAIC Motor Corporation Limited is a Chinese state-owned automotive design and manufacturing company headquartered in Shanghai, with multinational operations. A Fortune Global 100 company and one of the "Big Four" state-owned Chinese automakers, the company had the largest production volume of any Chinese automaker in 2014, making more than 4.5 million vehicles. Its manufacturing mix is not wholly consumer offerings, however, with as many as one million SAIC passenger vehicles being commercial vans.

SAIC traces its origins to the early years of the Chinese automobile industry in the 1940s, and SAIC was one of the few carmakers in Mao's China, making the Shanghai SH760. Currently, it participates in the oldest surviving sino-foreign car making joint venture, with Volkswagen, and in addition has had a joint venture with General Motors since 1998. SAIC products sell under a variety of brand names, including those of its joint venture partners. Two notable brands owned by SAIC itself are MG, a historic British car marque, and Roewe.

Yanfeng Automotive Interiors Job Search in US and Canada

America falls way short, adds fewer jobs than expected in April
Kyle Schnitzer
Everything you need to know about becoming a dermatologist
Ashley Jones
These US cities will pay up to $20,000 for you to relocate—but there’s always a catch
Benjamin Lorber
Ladders / Company / Yanfeng Automotive Interiors