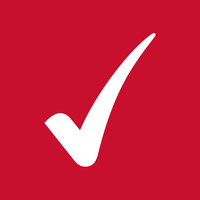 What are the highest paying jobs at Winn Dixie Stores Inc?

Winn-Dixie Stores, Inc., is an American supermarket chain headquartered in Jacksonville, Florida. Winn-Dixie operates approximately 500 stores in Florida, Alabama, Louisiana, Georgia, and Mississippi. The company has had its present name since 1955 and traces its roots back to 1925.

Winn-Dixie is known for its private label Chek brand soft drinks, which are produced in over 20 different flavors plus diet and caffeine-free varieties—one of the widest assortments. Winn-Dixie has been known as "The Beef People" throughout its lifetime. In its advertising and print media, Winn-Dixie used slogans such as “We’re Right For You” starting in 1984, “America’s Supermarket” from 1986 until 2001, “The Real Deal” from 2002 to 2004, and since 2018, “It’s a Winn Win!” Winn-Dixie has also been known for its use of the brand promises of "Fresh Checked Every Day" for its Jacksonville, Florida locations, "Getting Better All The Time" in its locations in Central Florida, "El Sabor De Tu País", or "The Flavor Of Your Country", in its Miami area stores, and "Local Flavor Since 1956" in its Louisiana area stores.

Winn-Dixie was listed in the S&P 500 and had been traded on the New York Stock Exchange under the ticker symbol "WIN" since February 18, 1952, prior to filing for Chapter 11 bankruptcy in 2005. The company was traded under the symbol "WINN" on the NASDAQ before its purchase. The bankruptcy left the chain with fewer stores than it had in the late 1960s.

Winn Dixie Stores Inc Job Search in US and Canada