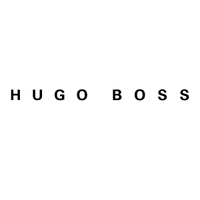 What are the highest paying jobs at Hugo Boss?

Hugo Boss AG, often styled as BOSS, is a German luxury fashion house headquartered in Metzingen, Baden-Württemberg. The company sells clothing, accessories, footwear and fragrances. Hugo Boss is one of the biggest German clothing companies, with global sales of €2.9 billion in 2019. Its stock is a component of the MDAX.

The company was founded in 1924 by Hugo Boss and originally produced general purpose clothing. With the rise of the Nazi Party in the 1930s, Boss began to produce and sell Nazi uniforms. Boss would eventually supply the wartime German government with uniforms for organizations such as the Hitler Youth and Waffen-SS, resulting in a large boost in sales.

After World War II and the founder's death in 1948, Hugo Boss started to turn its focus from uniforms to men's suits. The company went public in 1988 and introduced a fragrance line that same year, added men's and women's wear diffusion lines in 1997, a full women's collection in 2000, as well as children's clothing in 2006–2007 and has since evolved into a major global fashion house. As of 2018 it owned more than 1,113 retail stores worldwide.
Total Experts:
3
% Masters:
22%