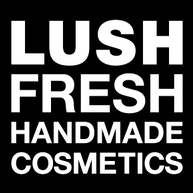 What are the highest paying jobs at Lush?

Lush is a British cosmetics retailer, which is headquartered in Poole, United Kingdom. It was founded in 1995 by trichologist Mark Constantine and

It produces and sells creams, soaps, shampoos, shower gels, lotions, moisturisers, scrubs, masks, and other cosmetics for the face, hair.

The organisation claims it only uses vegetarian recipes, 85% of which are also vegan. The company operates stores in 49 countries globally, with most locations located in the US, as well as production facilities located in the United Kingdom, Canada, Croatia, Germany, and Australia.

Lush Job Search in US and Canada

Top Jobs at Lush by City

Everything you need to know about becoming an endodontist
Ashley Jones
Looking for a job? Watch out for these 4 insane new hire perks
Sara London
Here’s why healthcare banking is the hottest job trend right now
Ryan Luke
Ladders / Company / Lush