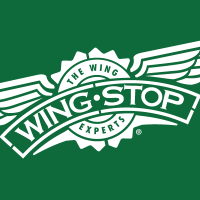 What are the highest paying jobs at Wingstop Inc.?

Wingstop Inc. is an American chain of nostalgic, aviation-themed restaurants specializing in chicken wings. Wingstop locations are decorated following a 1930s and 1940s pre-jet aviation theme. The restaurant chain was founded in 1994 in Garland, Texas, and began offering franchises in 1997. Since then, Wingstop has grown into a chain with more than 1,400 restaurants either open or in development. The chain is headquartered in Addison, Texas.

In 2003, the chain was acquired by Gemini Investors, which sold it to Roark Capital Group in 2010. Wingstop went public in 2015.

Are you angling for the C-suite? Work for Starbucks
Kyle Schnitzer
5 things to do before you land your next job
Wendi Weiner
6 career changes you can make mid-life (and how)
Meredith Schneider
Ladders / Company / Wingstop Inc.