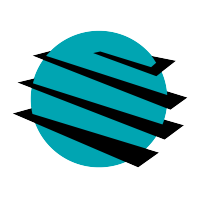 What are the highest paying jobs at Walker Consultants?

Most notably, Walker Corporation is responsible for the development and restoration of a number of significant Australian sites, including King Street Wharf, Finger Wharf, Broadway Shopping Centre and Rhodes Waterside shopping centre in Sydney. Walker Corporation recently completed their large Collins Square project in Melbourne's Docklands and is using their IP to develop a new precinct in Parramatta, Sydney. In August 2016 Walker Corporation, a major Liberal party donor, used a meeting with then Minister for the Environment and Energy Josh Frydenberg to lobby for boundary changes to reduce the size of an important internationally listed Ramsar Wetland for its Toondah Harbour apartment and retail development. The company wanted to reclaim and dredge about 40ha of the wetland which is critical in hosting around 20% of the world's migratory Eastern Curlew bird species.

Walker Consultants Job Search in US and Canada

6 jobs that prepare you for side hustle success
Kyle Young
This is what work will look like in 2030, and it isn’t pretty
Kyle Schnitzer
The 7 highest-paying entry-level jobs
Hailey Hudson
Ladders / Company / Walker Consultants