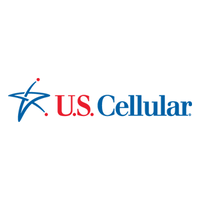 What are the highest paying jobs at U.S. Cellular?

United States Cellular Corporation, doing business as UScellular, is an American mobile network operator. The company is headquartered in Chicago, Illinois. UScellular is the fourth-largest wireless carrier in the United States, with 4.9 million customers in 426 markets in 23 states as of the second quarter of 2020.

UScellular was formed in 1983 as a subsidiary of Telephone and Data Systems Inc., which owns an 84% stake.

U.S. Cellular Job Search in US and Canada