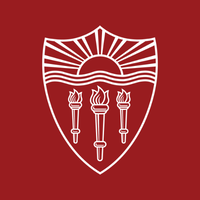 What are the highest paying jobs at University of Southern California?

The university is composed of one liberal arts school, the Dornsife College of Letters, Arts and Sciences and twenty-two undergraduate, graduate and professional schools, enrolling an average of 19,500 undergraduate and 26,500 post-graduate students students from all fifty U.S. states and more than 115 countries. USC is ranked among the top universities in the United States and admission to its undergraduate programs is highly selective.

USC was one of the earliest nodes on ARPANET and is the birthplace of the Domain Name System. Other technologies invented at USC include DNA computing, dynamic programming, image compression, VoIP, and antivirus software.

USC's notable alumni include 11 Rhodes scholars and 12 Marshall scholars. As of January 2021, 10 Nobel laureates, 6 MacArthur Fellows, and one Turing Award winner have been affiliated with the university. USC has conferred degrees upon 29 alumni who became billionaires, and has graduated more alumni who have gone on to win more Academy and Emmy Awards than any other institution in the world by a significant margin, in part due to the success of the School of Cinematic Arts.

University of Southern California Job Search in US and Canada

Top Jobs at University of Southern California by City