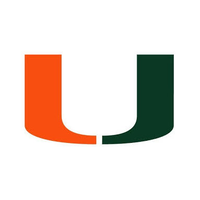 What are the highest paying jobs at University of Miami?

The University of Miami is a private research university in Coral Gables, Florida. As of 2020, the university enrolled approximately 18,000 students in 12 separate colleges and schools, including the Leonard M. Miller School of Medicine in Miami's Health District, a law school on the main campus, and the Rosenstiel School of Marine and Atmospheric Science focused on the study of oceanography and atmospheric sciences on Virginia Key, with research facilities at the Richmond Facility in southern Miami-Dade County.

The university offers 132 undergraduate, 148 master's, and 67 doctoral degree programs, of which 63 are research/scholarship and 4 are professional areas of study. Over the years, the university's students have represented all 50 states and close to 150 foreign countries. With more than 16,000 full- and part-time faculty and staff, UM is a top 10 employer in Miami-Dade County. UM's main campus in Coral Gables has 239 acres and over 5.7 million square feet of buildings.

UM also offers a wide range of student activities, including fraternities and sororities, and hundreds of student organizations. The Miami Hurricane, the student newspaper, and WVUM, the student-run radio station, have won multiple collegiate awards. UM's intercollegiate athletic teams, collectively known as the Miami Hurricanes, compete in Division I of the National Collegiate Athletic Association. UM's football team has won five national championships since 1983 and its baseball team has won four national championships since 1982.

Top Experts at University of Miami

High-Paying Jobs at University of Miami

University of Miami Job Search in US and Canada

Top Jobs at University of Miami by City