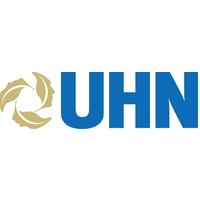 What are the highest paying jobs at University Health Network?

University Health Network is a public research and teaching hospital network in Toronto, Ontario, Canada. It is the largest health research organization in North America and ranks first in Canada for total research funding. It was named Canada's top research hospital by Research Infosource from 2015 to 2017. The network includes three acute care hospitals - Toronto General Hospital, Toronto Western Hospital, Princess Margaret Cancer Centre - the Toronto Rehabilitation Institute, and The Michener Institute, a post-secondary institution granting diplomas and certificates in health sciences and leadership. In the 2019-2020 fiscal year, there were over 39,000 acute inpatient stays and close to 121,000 emergency department visits across the three acute care hospitals.

A series of mergers over many years has resulted in the UHN in its current form. In 1986, the Toronto Western Hospital and the Toronto General Hospital merged to form the Toronto Hospital. This was followed in 1998 when the Princess Margaret Cancer Centre joined, with the resultant institution named the University Health Network in 1999. The Toronto Rehabilitation Institute joined in 2011, facilitating rehabilitation services for patients as they transitioned out of acute care. All four hospitals are affiliated with the Faculty of Medicine at the University of Toronto and serve as teaching hospitals for resident physicians, nurses, and other healthcare professions. 2016 saw the integration of The Michener Institute into the UHN. The Michener Institute for Education was originally established in 1958 and is the first non-medical unit to join the UHN.
Total value of jobs:
$3,900,000
Average Pay:
$102,631
Total Experts:
3
% Masters:
44%

19 examples of STAR interview questions (plus how to answer them using STAR method)
Jennifer Fabiano
Is this the worst job interview question? The internet seems to think so.
CW Headley
These are the 15 highest-paying psychology jobs
Hailey Hudson
Ladders / Company / University Health Network