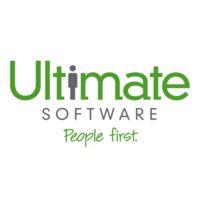 What are the highest paying jobs at Ultimate Software?

Ultimate Software was an American multinational technology company that developed and sold UltiPro, a cloud-based human capital management software system for businesses. Headquartered in Weston, Florida, the company was founded in 1990 by Scott Scherr, and released its first version of software in 1993. As of the fourth quarter in 2017, Ultimate Software reported total revenues of over $940.7 million. As of 2017, the company employs more than 5,000 people and services 4,100 customers in 160 countries. Ultimate has offices around the USA, Canada, UK, and Singapore. On February 4, 2019, Hellman & Friedman Capital Partners announced it would purchase Ultimate Software Group for $11 billion; the purchase closed on May 3, 2019.

On 18 February 2020, Ultimate Software announced that Fortune and Great Place to Work ranked the company #2 on the 100 Best Companies to Work For list for 2020. This marks the company's highest-ever ranking on the nationwide list and its fourth consecutive year in the top 10, with the company having ranked in the top 25 of the list since 2012.

In February 2020, Ultimate Software announced its plan to merge with Kronos Incorporated to form a new cloud computing venture specializing in human resource software. The merger was officially completed on April 1, 2020. The new company, which is called Ultimate Kronos Group, is headed by Kronos CEO Aron Ain.

Ultimate Software Job Search in US and Canada

America falls way short, adds fewer jobs than expected in April
Kyle Schnitzer
Everything you need to know about becoming a dermatologist
Ashley Jones
These US cities will pay up to $20,000 for you to relocate—but there’s always a catch
Benjamin Lorber
Ladders / Company / Ultimate Software