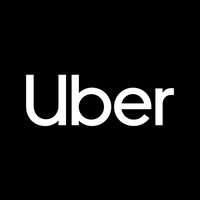 What are the highest paying jobs at Uber?

Uber Technologies, Inc., commonly known as Uber, is an American technology company. Its services include ride-hailing, food delivery, package delivery, couriers, freight transportation, and, through a partnership with Lime, electric bicycle and motorized scooter rental. The company is based in San Francisco and has operations in over 900 metropolitan areas worldwide. It is one of the largest firms in the gig economy.

Uber is estimated to have over 93 million monthly active users worldwide. In the United States, Uber has a 71% market share for ride-sharing and a 22% market share for food delivery. Uber has been so prominent in the sharing economy that changes in various industries as a result of Uber have been referred to as uberisation, and many startups have described their offerings as "Uber for X".

Like similar companies, Uber has been criticized for the treatment of drivers as independent contractors, disruption of taxicab businesses, and an increase in traffic congestion. The company has been criticized for various unethical practices and for ignoring local regulations, particularly under the leadership of former CEO Travis Kalanick.

Uber determines the fees and terms on which drivers transport riders. The company takes a share of each fare. Uber uses a dynamic pricing model. Fares fluctuate depending on the local supply and demand at time of service. Customers are quoted the fare in advance.

Uber Job Search in US and Canada

Top Jobs at Uber by City

Get paid to dream at work: This company will pay you to nap
Sara London
The average salary of a Chipotle general manager is $100K — and they’re hiring
Kyle Schnitzer
Amazon is now hiring 75K workers — and offering some $1K bonuses
Kyle Schnitzer
Ladders / Company / Uber