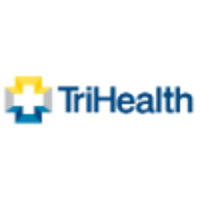 What are the highest paying jobs at TriHealth?

In 1995, the sponsors of Bethesda Hospital and Good Samaritan Hospital formed a partnership to become TriHealth. TriHealth was named for a partnership of physicians, hospitals, and the community. In 2005, the organization initiated the first stages of extensive renovations and expansion at both hospitals.

In April 2021 Trihealth said that some employee or patient information was breached through a law firm it uses.

TriHealth Job Search in US and Canada

Top Jobs at TriHealth by City