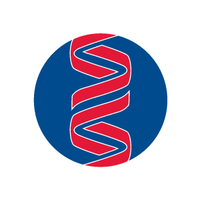 What are the highest paying jobs at Sonic Healthcare?

The Sydney-based company has its roots in the pathology practice of Douglass Laboratories, and since has become one of Australia's largest diagnostic companies. It has a presence in Australia, New Zealand, United States, United Kingdom, Germany, Switzerland, Belgium and Ireland. It is the largest medical laboratory provider in Australasia and Europe and the third largest in the US, it employs over 37,000 people.

It was listed on the Australian Stock Exchange in 1987 as Sonic Technology Australia Ltd. The company changed its name to Sonic Healthcare Ltd in 1995. It is now part of the S&P/ASX 50, and is one of the largest medical companies listed on the ASX, CSL Limited, Cochlear and ResMed being the only other listed medical companies of comparable size. The company strategy is growth by acquisition of overseas companies. With many critiques arguing that such a strategy can lead to over diversification, yet has seemingly worked well to expand its business There is limited opportunity to expand further in the Australian marketplace and income in Australia is largely dependent on government health funding through Medicare. The firm has diversified its revenue base with moves offshore from Australia.

Sonic Healthcare Job Search in US and Canada

10 companies that offer unlimited vacation
Kyle Schnitzer
Are you angling for the C-suite? Work for Starbucks
Kyle Schnitzer
5 things to do before you land your next job
Wendi Weiner
Ladders / Company / Sonic Healthcare