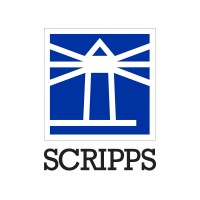 What are the highest paying jobs at The EW Scripps Company?

The E. W. Scripps Company is an American broadcasting company founded in 1878 as a chain of daily newspapers by Edward Willis "E. W." Scripps. It was also formerly a media conglomerate. The company is headquartered inside the Scripps Center in Cincinnati, Ohio. Its corporate motto is "Give light and the people will find their own way", which is symbolized by the media empire's longtime lighthouse logo.

In terms of market reach, Scripps is the second largest operator of ABC affiliates, behind the Sinclair Broadcast Group, and ahead of Hearst Television and Tegna. Through Ion Media, it also owns the free-to-air Ion Television network. Scripps also owns Newsy, a national cable news network being converted to free-to-air and streaming presence, and Katz Broadcasting, which runs a number of free-to-air multi-genre digital subchannel multicast networks.

The EW Scripps Company Job Search in US and Canada

Top Jobs at The EW Scripps Company by City

Get paid to dream at work: This company will pay you to nap
Sara London
The average salary of a Chipotle general manager is $100K — and they’re hiring
Kyle Schnitzer
Amazon is now hiring 75K workers — and offering some $1K bonuses
Kyle Schnitzer
Ladders / Company / The EW Scripps Company