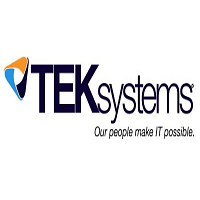 What are the highest paying jobs at TEKsystems?

Allegis Group, Inc. is an international talent management firm headquartered in Hanover, Maryland. As of 2018 it had US$13.4 billion in revenue, and 19,000 employees.

Major, Lindsey & Africa, a subsidiary of Allegis Group, is a legal and executive search firm, with headquarters in Hanover, Maryland. The firm was founded in 1982. Allegis Group acquired it in 2008. It has legal recruiters in major United States markets, and in a number of international markets.