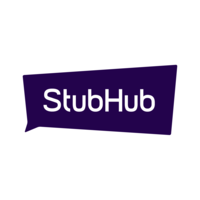 What are the highest paying jobs at StubHub?

StubHub is an American ticket exchange and resale company. It provides services for buyers and sellers of tickets for sports, concerts, theater and other live entertainment events. It has grown from the largest secondary-market ticket marketplace in the United States into the world's largest ticket marketplace. While the company does not currently disclose its financials, in 2015 it had over 16 million unique visitors and nearly 10 million live events per month.

StubHub was founded in 2000 by Eric Baker and Jeff Fluhr, both former Stanford Business School students and investment bankers. In 2007, StubHub was acquired by eBay for $310 million. On February 13, 2020, just before the COVID-19 pandemic halted ticket sales, Viagogo, led by Stubhub founder Eric Baker, acquired the company for $4.05 billion.

StubHub Job Search in US and Canada

Top Jobs at StubHub by City

These are the 15 highest-paying psychology jobs
Hailey Hudson
6 jobs that prepare you for side hustle success
Kyle Young
This is what work will look like in 2030, and it isn’t pretty
Kyle Schnitzer
Ladders / Company / StubHub