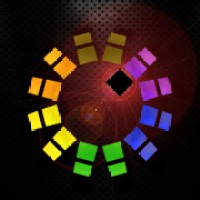 What are the highest paying jobs at Sony Pictures Imageworks?

The company has been recognized by the Academy of Motion Picture Arts and Sciences with Oscars for their work on Spider-Man 2 and the computer-animated short film The ChubbChubbs!, and received many other nominations for their work.

SPI has provided visual effects for many films; most recent include The Meg, Men in Black: International, and Spider-Man: Far From Home. They also provided services for several of director Robert Zemeckis' films, including Contact, Cast Away, The Polar Express, and Beowulf.

Since the foundation of its sister company Sony Pictures Animation in 2002, SPI would go on to animate nearly all of SPA's films, including Open Season, Surf's Up, Spider-Man: Into the Spider-Verse, and films in the Cloudy with a Chance of Meatballs, Smurfs and Hotel Transylvania franchises, in addition to animating films for other studios such as Arthur Christmas for Aardman Animations, Storks and Smallfoot for the Warner Animation Group, The Angry Birds Movie and its sequel for Rovio Animation, and Over the Moon for Netflix Animation, Netflix and Pearl Studio.

Sony Pictures Imageworks Job Search in US and Canada

6 jobs that prepare you for side hustle success
Kyle Young
This is what work will look like in 2030, and it isn’t pretty
Kyle Schnitzer
The 7 highest-paying entry-level jobs
Hailey Hudson
Ladders / Company / Sony Pictures Imageworks