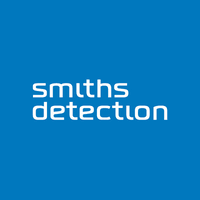 What are the highest paying jobs at Smiths Detection?

Smiths Group plc is a British multinational diversified engineering business headquartered in London, England. It has operations in over 50 countries and employs around 23,550 staff. Smiths Group is listed on the London Stock Exchange and is a constituent of the FTSE 100 Index.

Smiths Group has its origins in a jewellery shop, S Smith & Sons, which was founded by the watchmaker and businessman Samuel Smith. Supplying its precision watches to various clients, including the Admiralty, the business quickly grew and expanded into a major provider of timepieces, diamonds and automotive instrumentation. On 21 July 1914, the business became a public limited company, holding onto this status for over a hundred years. Throughout much of the twentieth century, Smiths Group was the principal supplier of instruments to the British motorcar and motorcycle industries, organising itself as Smiths Industries Ltd in 1960. During the 1980s and 1990s, the company restructured itself, disposing of its automotive division to focus on three divisions: Smiths Industrial, Smiths Medical Systems, and Smiths Aerospace and Defence. On 30 November 2000, its name was changed to Smiths Group; it merged with specialised engineering firm TI Group that same year.

Smiths Detection Job Search in US and Canada