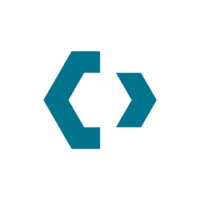 What are the highest paying jobs at SGL Carbon Group?

SGL Carbon SE is a European company based in Germany. It is one of the world's leading manufacturers of products from carbon. The company portfolio ranges from carbon and graphite materials and solutions to carbon fibers and composites.

With 29 production sites around the globe, and a service network in over 100 countries, SGL Carbon is a globally operating company. The company headquarters is Wiesbaden, Germany.

The SGL share had been included in the German MDAX since 1995 and fell in the smaller SDAX in September 2014. Between March 2020 and March 2021, SGL Carbon has not been a constituent of the SDAX due to the low free float market capitalization. In 2020 the company generated sales revenue of €919.4 million and employed 4,800 staff worldwide.

SGL Carbon Group Job Search in US and Canada

Is this the worst job interview question? The internet seems to think so.
CW Headley
These are the 15 highest-paying psychology jobs
Hailey Hudson
6 jobs that prepare you for side hustle success
Kyle Young
Ladders / Company / SGL Carbon Group