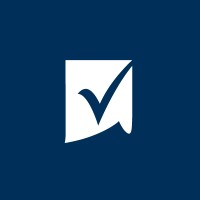 What are the highest paying jobs at Smartsheet?

Smartsheet Inc. is a publicly-listed company that develops and markets the Smartsheet application. As of 2019, it had 1588 employees and is headquartered in Bellevue, Washington The company was founded in the summer of 2006, shortly after co-founder Brent Frei sold his prior company, Onyx Software. Initially it was funded mostly by Frei. About a year after its founding, Smartsheet had raised $4 million in funding and had just nine employees. By early 2012 it had raised $8.2 million in funding over three rounds and hired its first salesperson.

After the Smartsheet software was redesigned in 2010, the company's revenues grew by more than 100 percent each year, for four consecutive years. It raised $26 million in funding in December 2012 and another $35 million in May 2014. In 2017, the company raised an additional $52.1 million in funding. In 2018, it was announced that Smartsheet acquired Converse.AI, a Scotland-based company that develops software for creating business automation bots.

The company began trading on the New York Stock Exchange on April 27, 2018. In May 2019, Smartsheet announced it had acquired 10,000 ft, a SaaS platform that provides real-time resource and capacity planning.

Smartsheet Job Search in US and Canada

Top Jobs at Smartsheet by City

Get paid to dream at work: This company will pay you to nap
Sara London
The average salary of a Chipotle general manager is $100K — and they’re hiring
Kyle Schnitzer
Amazon is now hiring 75K workers — and offering some $1K bonuses
Kyle Schnitzer
Ladders / Company / Smartsheet