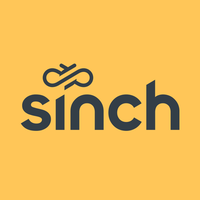 What are the highest paying jobs at Sinch?

Sinch, formerly CLX Communications, is a telecommunications and cloud communications platform as a service company. Headquartered in Stockholm, Sweden, Sinch also has offices in over 30 cities worldwide, including Atlanta, London, Madrid, San Francisco, Singapore and Sydney.

CLX Communications, better known as CLX, was founded in 2008 by Johan Hedberg, Robert Gerstmann, Kristian Männik, Henrik Sandell, Björn Zethraeus and Kjell Arvidsson, as a telecommunications and cloud communications platform as a service company. CLX acquired numerous companies in the industry between 2009 and 2018.

In 2014, CLX acquired Voltari's mobile messaging business in the US and Canada.

After announcing its intention to proceed with an initial public offering in September 2015, CLX completed the IPO of its shares and began trading on Nasdaq Stockholm in October 2015, with the introduction price set at SEK 59. The company is listed on Nasdaq Stockholm, on the Mid Cap list under the Technology sector.

In 2016 CLX acquired Mblox for US$117 million. At the time, Mblox was one of the largest messaging service providers in the world, delivering 7 billion messages in 2015.

In 2017, CLX acquired German provider Xura Secure Communications GmbH in February 2017, and UK-based Dialogue in May 2017.

Also in 2017, CLX entered into a strategic partnership with Google "to provide the next generation of messaging services to brand marketers using Rich Communications Services standard embedded directly into consumers' native messaging apps". Part of Google's Early Access Program, CLX will enable enterprises to build with RCS and be one of the first companies to offer an upgraded messaging experience.

Sinch Job Search in US and Canada

Top Jobs at Sinch by City

How to answer “What’s your desired salary?” (with 8 best responses)
Jessica Li
You have a “great” job offer… now what?
Kayla Duperreault
Do personality tests make it harder to hire the right person?
Sara London
Ladders / Company / Sinch