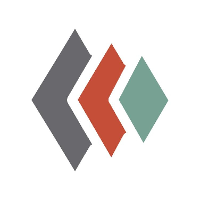 What are the highest paying jobs at Simplus?

Singtel Optus Pty Limited is an Australian telecommunications company headquartered in Macquarie Park, New South Wales, Australia. It is a wholly owned subsidiary of Singtel. Optus is the second-largest wireless carrier in Australia, with 10.5 million subscribers as of 2019.

The company trades under the Optus brand, while maintaining several wholly owned subsidiary, such as Uecomm in the network services market and Alphawest in the ICT services sector. To provide services, Optus mostly owns and operates its own network infrastructure, It provides services both directly to end users and also acts as a wholesaler to other service providers such as Exetel and Amaysim. Through its Optus 'Yes' brand, it provides broadband, and wireless internet services. Other wholesale services include Satellite and 4G Mobile.

Simplus Job Search in US and Canada

Top Jobs at Simplus by City

6 jobs that prepare you for side hustle success
Kyle Young
This is what work will look like in 2030, and it isn’t pretty
Kyle Schnitzer
The 7 highest-paying entry-level jobs
Hailey Hudson
Ladders / Company / Simplus