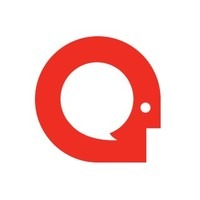 What are the highest paying jobs at Serendipity Labs Coworking?

Ucommune ?Chinese: ????; pinyin: Y?ukè G?ngch?ng?, formerly known as UrWork, is a Beijing-based coworking space provider founded in 2015 by Mao Daqing. It is now the second-largest coworking space provider after WeWork, with properties in three dozen cities around the world, including Shanghai, Singapore, Hong Kong and New York City. The company was valued at 1.8 billion US dollars in August 2018, making it the first domestic unicorn in the Chinese co-working space, but by November 2018, ucommune had completed its D round of financing, securing a valuation of 2.4 billion US dollars. In February 2019, it was reported that the company was seeking to list on the NASDAQ at a valuation of $3 billion.

Ucommune has over 300 employees and 400,000 square meters of office space in 160 locations. The company provides community services to its 5,000 member companies and 609,000 individual members worldwide.

Ucommune offers a digitally enhanced, staff-less and Internet-of-Things-enabled smart coworking experience for its tenants. Founder Mao Daqing views co-working as an way to take advantage of unused space and give opportunities to young entrepreneurs.

Notable tenants of Ucommune include established start-ups such as ofo and Mobike.

...with Serendipity Labs Coworking and 1000s of other companies paying $100K+