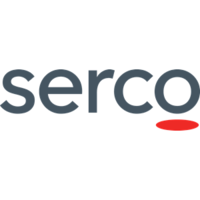 What are the highest paying jobs at Serco?

Serco Group plc is a British company with headquarters based in Hook, Hampshire, England. Serco manages over 500 contracts worldwide. The company employs over 50,000 people. Serco operates in the following sectors of public service provision: Health, Transport, Justice, Immigration, Defence, and Citizens Services. Serco primarily derives income as a contractor from the provision of government services.

It is listed on the London Stock Exchange and is a constituent of the FTSE 250 Index. The majority of Serco's turnover is generated from UK operations, but the company also operates in Continental Europe, the Middle East, the Asia Pacific region and North America.

In July 2019, a fine of £19.2m was imposed on Serco for fraud and false accounting over its electronic tagging service for the Ministry of Justice. The company was also ordered to pay the Serious Fraud Office's investigative costs of £3.7 million. The company has also been accused of an extensive cover-up over sexual abuse of immigrants at Yarl's Wood Immigration Removal Centre in Bedfordshire, and, together with its consortium partners, failing to develop a strategy for managing Higher Active radioactive Waste at the Atomic Weapons Establishment.

Serco Job Search in US and Canada

Top Jobs at Serco by City