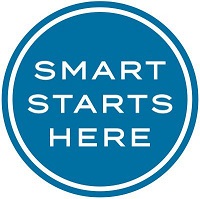 What are the highest paying jobs at Scantron?

Scantron Corporation is an American company based in Eagan, Minnesota. Scantron provides products and services for assessments and surveys worldwide.

Scantron deals with forms printing and scanner manufacturing. It operates in 98% of the US school districts, 56 countries, 48 ministries of education, and 94 of the top 100 US universities. They are best known for their machine-readable paper forms on which students mark answers to multiple-choice test questions and the optical mark recognition and imaging scanners that read them. To analyze those answers, the machines use OMR- and image-based data collection software. In addition to its forms and scanners, Scantron provides web- and desktop-based assessment software.

Scantron is a division of MacAndrews & Forbes. Scantron was a member of the American Legislative Exchange Council from 2010 until it resigned from the organization in 2012.

Scantron Job Search in US and Canada

Top Jobs at Scantron by City

Everything you need to know about becoming a dermatologist
Ashley Jones
These US cities will pay up to $20,000 for you to relocate—but there’s always a catch
Benjamin Lorber
A guide to using social media to your advantage when job hunting
Sarah Dillon
Ladders / Company / Scantron