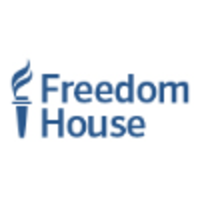 What are the highest paying jobs at Freedom House?

Freedom House is a non-profit non-governmental organization that conducts research and advocacy on democracy, political freedom, and human rights. Freedom House was founded in October 1941, and Wendell Willkie and Eleanor Roosevelt served as its first honorary chairpersons.

It describes itself as a "clear voice for democracy and freedom around the world", although some critics have stated that the organization is biased towards US interests as it is U.S.-funded. The organization was 66% funded by grants from the U.S. government in 2006, a number which has increased to 86% in 2016.

The organization's annual Freedom in the World report, which assesses each country's degree of political freedoms and civil liberties, is frequently cited by political scientists, journalists, and policymakers. Freedom of the Press and Freedom on the Net, which monitor censorship, intimidation and violence against journalists, and public access to information, are among its other signature reports.

Freedom House Job Search in US and Canada

19 examples of STAR interview questions (plus how to answer them using STAR method)
Jennifer Fabiano
Is this the worst job interview question? The internet seems to think so.
CW Headley
These are the 15 highest-paying psychology jobs
Hailey Hudson
Ladders / Company / Freedom House