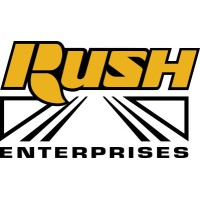 What are the highest paying jobs at Rush Enterprises, Inc?

Rush Enterprises, headquartered in New Braunfels, Texas, is an international retailer of commercial vehicles, primarily new and used trucks, through its Rush Truck Centers. In 2019, the company operated over 200 Rush Truck Centers in 20 states as well as 14 locations in Canada. As of 2020, it was a Fortune 500 corporation.

Rush Truck Centers operates the largest network of commercial vehicle dealerships in the United States, with more than 200 locations in 22 states; as of 2019 the company became international after opening 14 locations in Canada. They represent truck and bus manufacturers, including Peterbilt, International, Hino, Isuzu, Ford, IC Bus and Blue Bird.

Rush Enterprises, Inc Job Search in US and Canada

Everything you need to know about becoming a pathologist
Ashley Jones
Get paid to dream at work: This company will pay you to nap
Sara London
The average salary of a Chipotle general manager is $100K — and they’re hiring
Kyle Schnitzer
Ladders / Company / Rush Enterprises, Inc