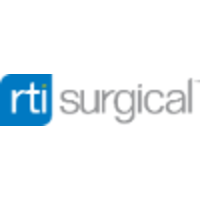 What are the highest paying jobs at RTI Surgical Inc?

RTI Surgical is a medical technology company that was founded in 1992 as Pioneer Surgical Technology in Marquette, Michigan, United States.

The company Pioneer Surgical Technology was founded by Matthew Songer, and its first major product was the Songer Cable, used in spine surgeries. The Songer Cable was featured in the book, Contemporary Management of Spinal Cord Injuries.

Pioneer was acquired in July 2013 by RTI Biologics, and the firm was then renamed RTI Surgical.

RTI Surgical Inc Job Search in US and Canada

You have a “great” job offer… now what?
Kayla Duperreault
Do personality tests make it harder to hire the right person?
Sara London
19 examples of STAR interview questions (plus how to answer them using STAR method)
Jennifer Fabiano
Ladders / Company / RTI Surgical Inc