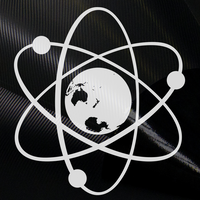 What are the highest paying jobs at Rocket Lab?

Rocket Lab is a public American aerospace manufacturer and small satellite launch service provider with a wholly owned New Zealand subsidiary. It developed a sub-orbital sounding rocket named ?tea and currently operates a lightweight orbital rocket known as Electron, which provides dedicated launches for smallsats and CubeSats. It is developing a new medium-lift launch vehicle named Neutron. The company was founded in New Zealand in 2006 by engineer Peter Beck and established headquarters in California in the United States in 2013. On 1 March 2021, Rocket lab announced that they will be going public via a SPAC which is expected to finish during Q2 2021.

The Electron test program began in May 2017, with commercial flights announced by the company to occur at a price listed in early 2018 as US$5.7 million. Launching from M?hia Peninsula, New Zealand, the rocket's test flights took place on 25 May 2017 and 21 January 2018, while its first commercial flight took place on 11 November 2018. On 16 December 2018, Rocket Lab launched their first mission for NASA's ELaNa program. The company plans to make its first Electron launch from the Mid-Atlantic Regional Spaceport in Virginia in 2021.

Rocket Lab Job Search in US and Canada

Is this the worst job interview question? The internet seems to think so.
CW Headley
These are the 15 highest-paying psychology jobs
Hailey Hudson
6 jobs that prepare you for side hustle success
Kyle Young
Ladders / Company / Rocket Lab