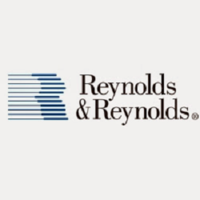 What are the highest paying jobs at Reynolds & Reynolds?

The Reynolds and Reynolds Company is a private corporation based in Dayton, Ohio. Its primary business is providing business forms, management software and professional services to car dealerships. Its software is used to manage sales logistics at dealerships. It also produces forms used in medicine and insurance.

Reynolds and Reynolds was founded in 1866 as a printer of standardized business forms. It began developing and marketing digital products in the 1960s. This was followed by a major downsizing of the printing division and subsequent advancements in its software products. By the 1980s, Reynolds and Reynolds had won contracts with all of the Big Three automotive manufacturers, as well as some insurance businesses. The company went public in 1961, but was re-formed as a private company in 2006, when it was merged with Universal Computer Systems, resulting in a culture clash between the two companies.

Reynolds & Reynolds Job Search in US and Canada